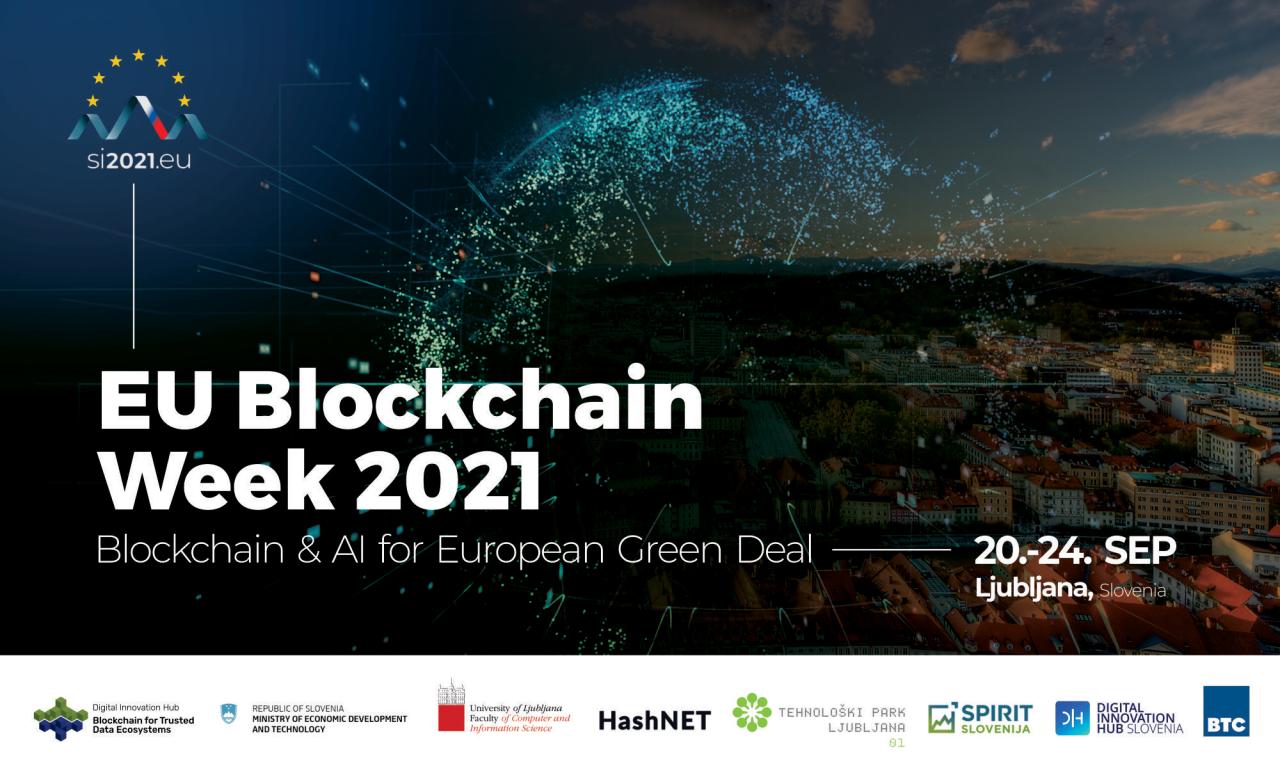 The EU Blockchain Observatory and Forum will organise a policy debate on 23 September at the EU Blockchain Week organised by the Slovenian presidency of the Council of the European Union. Audience can submit their questions to the panel about EU blockchain policy developments before the debate. Selected questions of highest interest and relevance will be tackled during the debate. You can submit your questions in the form below until September 20th.

Policy discussions around blockchain are being held around the world in parallel to discourse on new applications and innovations around decentralized technologies, and Europe is one of the major stakeholders and initiators of such debates. With this panel we want to bring the discussion forward, consider challenges and opportunities and try to answer some of the major questions regarding regulation of and support for blockchain developments.

Some European countries introduced their first policies on the subject in the recent years: Malta that introduced a comprehensive regulatory framework in 2018; Liechtenstein with its 2019 Blockchain Act; Germany that adopted a federal blockchain strategy the same year; and several other European governments that put effort into developing their own frameworks, including Estonia, France, Sweden, and others.

On top of these initiatives there is the overarching ambition of European institutions to provide an EU-wide harmonised framework that would allow for more legal certainty and support innovation in the space, such as the revisited proposal for a Regulation on Markets in Crypto-assets and considerations around central bank digital currencies.

During this session, we will discuss the developments and future directions regulation of decentralised technologies could take in Europe, with a focus on 1) digital finance package and 2) eIDAS. You can submit questions relevant to these two topics and the context of this debate below until 20 September. Selected, most intriguing and most commonly asked questions will be incorporated in the debate.

Submit your questions in the form and we will make sure to pass them on to policy makers for answering!