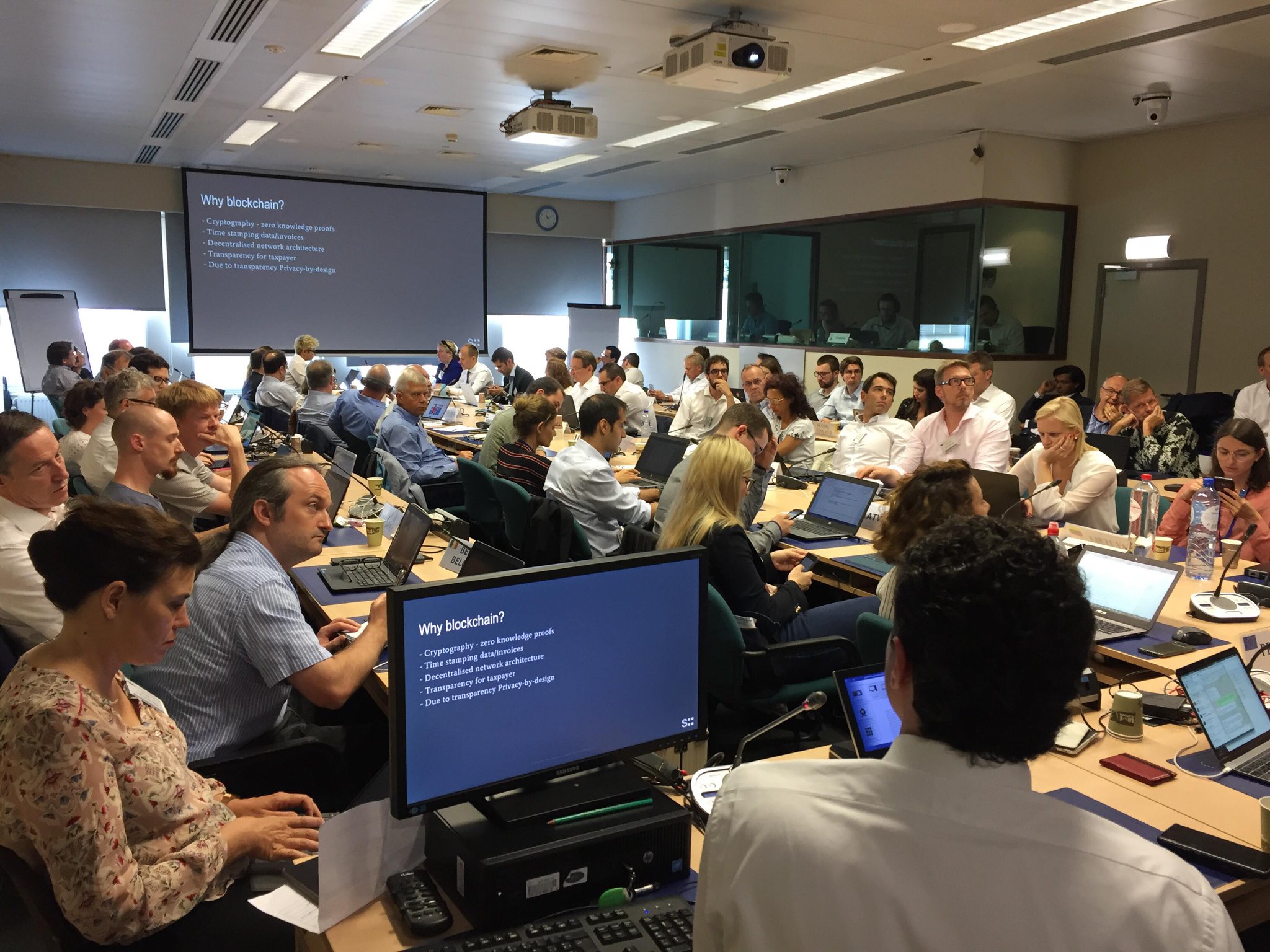 What happened at the European Union Blockchain Observatory and Forum workshop on government services and digital identity in Brussels on July 5, 2018

The full minutes of the workshop will be available here.

Video from the workshop will be available here.

From finance to pharmaceuticals, education to entertainment, there is hardly a sector or area of society that cannot potentially be transformed by blockchain technology. That is one reason why the European Commission has been focusing so strongly on it through, among others, efforts like the EU Blockchain Observatory and Forum.

Considering all this potential, it seems only fitting that Europe’s governing bodies also look closely at what blockchain can do to improve government works too. That was what brought 70 thought leaders and practitioners to Brussels on July 5 for the Observatory and Forum’s workshop on government services and digital identity.

A lot of potential

As participants heard in the opening remarks, the fact that representatives of the newly formed European Blockchain Partnership were among the invited guests was a clear sign of how serious European governments are about using blockchain themselves. Announced in April, and soon to count all 28 member states as signatories, the Partnership is working at a torrid pace: It intends to identify initial use cases for cross-border public services in Europe by the end of September, have functional specifications by the end of December, and start to launch some blockchain-based public services next year.

There is much that can potentially be done. Blockchain could bring efficiencies to things like title registrations for land or businesses, provide citizens secure ownership of their own medical data, bring more transparency to government expenditure, improve food safety and traceability of goods, fight tax fraud, add massive efficiencies to Europe’s financial payment and settlement systems, and even – through secure and efficient e-voting systems – support democracy. All of these should be among Europe’s priorities.

Broad-based adoption of blockchain by governments will not happen overnight, of course. Among other things, it will require work on both the standards and infrastructure level. Yet it is not just something for the future either. Many actors, both public and private, have already been working on solutions.

A representative from Sweden’s Landmäteriat (land registry) described how the country built and tested a blockchain proof-of-concept to map the real estate transfer process on the blockchain, which could make the process faster, more transparent and less costly. An executive from a Dutch company shed light on its blockchain-based solution to combat VAT fraud in Europe, the cause of an estimated EUR 50 billion in lost revenues annually.

There are also larger-scale examples to look to, for instance in Estonia. The first country in the world to deploy blockchain technology in a production setting with its Succession Registry in 2012, today Estonia is using its proprietary, permissioned blockchain technology to add integrity, auditability and trust in government in other areas too. It uses blockchain for instance to provide an audit trail for use of its citizens’ private data: From police checking license plates to doctors sharing medical data, Estonians can see who in government has handled their information and why. The country’s blockchain-based e-health registry allows for paperless (and highly efficient) processing of prescriptions. Estonia uses blockchain to manage digitised paper records and register its laws. And it continues to develop new use cases.

While Estonia is an impressive example, the country has also had a head start. Its efforts to digitize government services predate the invention of blockchain. In Dubai, which has set itself the goal of becoming the first government in the world to execute all applicable transactions on blockchain by 2020, officials asked themselves how they could best accelerate blockchain adoption among government agencies just coming to the problem now.

Its answer – and one which could be useful in a European context too – is to develop a Blockchain Platform as a Service (BPaaS). The idea is to provide a flexible shared infrastructure to allow agencies to easily identify use cases, choose a preferred protocol, quickly build proofs-of-concept, and start experimenting. This, the government hopes, will increase the speed and lower the cost of blockchain adoption by allowing for easy, cost-efficient experimentation while at the same time fostering knowledge transfer across government.

A BPaaS approach can help governments build more efficient, transparent and secure digital government platforms. To benefit, citizens will need a presence on those platforms. That is why many consider the issue of digital identity to be an essential prerequisite for the widespread adoption of this technology in government settings – and why it was the subject of its own during a panel discussion on the afternoon of the workshop.

Getting digital identity right is a difficult task. The traditional approach, with identity information held by various authorities in centralised databases, is expensive to build and, as we continue to learn, often hard to secure. It can also be difficult to safely share identity data kept in proprietary siloes, rendering it less useful than it might otherwise be.

Blockchain-enabled digital identity, panelists said, could address many of these issues by ushering in an era of decentralised, “self-sovereign” identity in which individuals (as well as organizations and even machines) register their own identities themselves and then load trusted information on to them for future use.

This can have many advantages over the centralized model. But it will require identity standards to be developed and, one panelist pointed out, may even mean new protocols at the base layer of the Internet. Self sovereign identity platforms also need to be be well planned, taking into account how our identities change as we move through life, and be inclusive of all citizens – from children or the elderly, who may not be proficient in the necessary technology, to the poor, who may not have have access to it.

Another central question is where identity data gets stored. Mobile phones seem the most obvious – and most decentralized – choice. Yet despite their ubiquity, not everyone owns one. Phones can also easily be lost, stolen, or even hacked. Other options for identity repositories include government-issued smart cards or cloud-based self-sovereign identity solutions. These address some of the problems with phones, but can be expensive to set up and run, and are not truly decentralized, requiring citizens to put their trust in the issuer or provider.

Blockchain technology is still quite new, and governments are just starting to come to terms with what it might mean for them. As mentioned, standards will have to be developed (though not hastily, for fear of stifling innovation), use cases identified, experiments carried out, and services and platforms developed.

If there was one overarching takeaway from the July 5 workshop, however, it was that in Europe a lot of thought and effort has already gone into the question of how to employ blockchain in government settings. This will only continue, reshaping the way governments go about the business of servicing their citizens.